Home > Green Templeton In The News

Green Templeton In The News

On this page you can find all the latest media appearances for our Green Templeton College community.

Heart attack drug trial brings hope of saving 30,000 lives
Financial Times, 14 January 2020
Senior Research Fellow of Green Templeton College and Professor of Medicine and Epidemiology, Martin Landray, comments on a trial conducted by Oxford University scientists for Britons at risk of heart attacks to receive a twice-yearly injection. This would aim to save up to 30,000 lives over a decade, under one of the biggest population-wide prevention initiatives undertaken anywhere in the world.

Long-term support for self-harming children needed to reduce suicide risks, study warns
The Independent online,  9 January 2020
Green Templeton Governing body Fellow Professor Keith Hawton, from the Centre for Suicide Research at the University of Oxford, authored a 16-year study that has found that the risk of suicide in the first year after presenting to A&E among children was 30 times higher than the expected rate of suicide for the general population of similar-age youngsters in England. Researchers said this risk remained at a similar level over more than 10 years.

How Apple News editors quietly influence UK’s election reading
The Guardian, 11 December 2019
Professor Rasmus Nielsen, Senior Research Fellow of Green Templeton College, Director of The Reuters Institute for the Study of Journalism and Professor of Political Communication, University of Oxford, comments on the power of Apple News and equivalents such as Samsung’s Upday.

AI Is Not Similar To Human Intelligence. Thinking So Could Be Dangerous
Forbes, 30 November 2019
Reference to a recent paper in Minds and Machines, by Green Templeton student David Watson of the Oxford Internet Institute and Alan Turing Institute, which says that thinking an artificial intelligence works in the same way as a human brain can be misleading and even dangerous.

Lost in Ethiopia
The Rhodes Scholar Blog, 18 November 2019
Rob Ferritto, Green Templeton College alumnus (MPhil in Water Science, Policy and Management, 2018), blogs about his fieldwork in Ethiopia for The Rhodes Trust Blog, exploring improving female empowerment in education and rights, as well as the trip’s cultural and life experiences.

How to get Corporate Strategy to Engage with Climate Change
Knowledge@Wharton, 15 November 2019
Professor Rafael Ramírez, Governing Body Fellow of Green Templeton College, Director of the Oxford Scenarios Programme and Professor of Practice, explores what can be done to change the low priority corporate strategy executives give to climate change.

Battling British reserve
The Guardian, 12 November 2019
Professor Rasmus Nielsen, Senior Research Fellow of Green Templeton College, Director of The Reuters Institute for the Study of Journalism and Professor of Political Communication, University of Oxford, comments on political parties’ use of WhatsApp.

The cities designing playgrounds for the elderly
BBC World, 29 October 2019
Elisabeth Hsu, Green Templeton Governing Body Fellow and Professor of Anthropology at Oxford University, comments on the history and culture of elderly exercise habits in China.

Breast cancer risk from using HRT is ‘twice what was thought’
The Guardian, 30 August 2019
In-depth coverage of a major new study co-authored by Dame Valerie Beral that found the risk of breast cancer from using hormone replacement therapy is double what was previously thought. Also features commentary from Sir Richard Peto.

Menopausal hormone therapy linked to greater breast cancer risk for more than a decade after use
The Independent, 30 August 2019

The dependability of retail health clinics
BYUradio, Sirius XM, 26 August 2019
Timothy Hoff discusses the push by retailers, including Amazon and Walmart, to get into the health clinic business.

How to be ambitious
BBC Business Daily, 8 August 2019 (first broadcast 1 August 2017)
Neel Burton discusses the meaning of ambition and the negative effects ambition can have.

Letters to the editor: Planning for the future
The Economist, 1 August 2019
A letter written by Rafael Ramírez and colleagues at the Oxford Scenarios Programme on the value of scenarios.

James Lovelock at 100: ‘My life has been one mass of visions’
New Statesman, 31 July 2019
James Lovelock gives an in-depth interview on his career as he marks his 100th birthday.

Close ties in VC don’t pay off
Institutional Investor, 29 July 2019
Coverage of research co-led by Thomas Hellmann that analysed the largest 50 VC firms in the United States to understand how their relationships fared over time.

An asteroid could ‘wipe out’ humanity in a ‘catastrophic’ impact, scientist James Lovelock warns
The Metro, 26 July 2019

Why Britain’s most eminent scientist is convinced cyborgs will rule the planet within 80 years – but don’t worry, they’ll look after us just as we care for lesser species… like plants!
Daily Mail, 20 July 2019
An in-depth interview with James Lovelock in which he discusses his visions of the future.

Women with diabetes are 47% more likely than men to get heart failure ‘because they take longer to diagnose and don’t get the same level of care’
Daily Mail, 18 July 2019

Women with diabetes more at risk of heart failure than men, study warns
The Independent, 18 July 2019

James Lovelock on the future of AI and climate change
BBC News, 4 July 2019
Ahead of his 100th birthday, James Lovelock speaks about his new book Novacene: The Coming Age of Hyperintelligence.

In fighting cancer, look to what other animals do
The Economist, 29 June 2019
Article about bigger species having fewer tumours than smaller ones references the work of Professor Sir Richard Peto.

BBC Oxford
BBC Oxford, 28 June 2019
The Radcliffe Meteorological Station served as the backdrop for the local news’ introduction of the weekend weather forecast.

Novacene by James Lovelock review – a big welcome for the AI takeover
The Guardian, 27 June 2019
A review of James Lovelock’s new book, Novacene.

Why ‘pro-poor’ policies on their own won’t shift inequality in South Africa
The Conversation, 16 June 2019
Dr Colin Bundy writes about South Africa and sociologist Goran Therborn’s study of inequality.

Third of Britons say they avoid news out of Brexit frustration
The Guardian, 12 June 2019

Rain or shine: watching the weather for 250 years
BBC News, 6 June 2019
A feature on the rich history of meteorology at the Radcliffe Observatory.

‘The models have bellies, hips and thighs that jiggle: the rise of body-positive swimwear’
The Guardian, 5 June 2019
Dr Jonathan Reynolds comments in an article about women’s swimwear.

How can we measure the impact of executive education?
Financial  Times, 3 June 2019
Dr Andrew White comments in an article about measuring the value of courses at business schools.

The Week in Tech: Geopolitics Are Shaping Your Next Smartphone
New York Times, 24 May 2019
Professor Xiaolan Fu comments in an article about America’s ban on supplying products to Huawei.

Doctors used as ‘guinea pigs’ in opioid painkiller promotion
BBC News, 15 May 2019
Dr Ben Goldacre comments on new research from the Centre for Evidence-Based Medicine on ovoid prescribing across England.

File on 4: Opioids: A Painful Prescription?
BBC Radio 4, 14 May 2019
Dr Ben Goldacre talks about his team’s research into trends and variation in opioid prescribing across England over the last 18 years.

Anti-mould ingredient in bread could be fuelling obesity epidemic, Harvard warns
The Telegraph, 24 April 2019
Professor Keith Frayn comments on a study claiming a common preservative used to prevent cakes and bread going mouldy could be fuelling the obesity crisis by harming metabolism.

Scientists find ‘link’ between stress and heart disease
The Times, 11 April 2019
Professor Sir Richard Peto comments on a study claiming a link between the stress caused by traumatic incidents and heart problems.

Stop kidding yourself that drinking is good for you, say scientists
The Times, 4 April 2019
Coverage of a University of Oxford study, co-authored by Governing Body Fellow Professor Sir Richard Peto, about the effects of alcohol on stroke risk.

Alcohol doesn’t protect against strokes, scientists say – and even increases risk by 15%
The Telegraph, 4 April 2019

Scientists have blown apart the belief that moderate drinking can protect people from strokes
The Sun, 5 April 2019

A glass of wine or pint of beer each night raises the risk of a stroke, finds major study that debunks myth that light drinking protects health
Daily Mail, 5 April 2019

Even low alcohol consumption is bad news for strokes – study
The Guardian, 5 April 2019

Disinformation is everywhere
The Hindu, 25 March 2019

For Indians, smartphone is the primary source of news’
The Hindu Online, 28 March 2019

Dr Miriam Stoppard: The growth of a baby’s brain power is 90% down to nurture
The Mirror, 1 March 2019
Article on the INTERGROWTH-21st Project, jointly led by Governing Body Fellow Professor Stephen Kennedy, the co-director of the Oxford Maternal and Perinatal Health Institute.

Stunning new book shows off Chinese artist Weimin He’s Oxford drawings
Oxford Mail, 28 February 2019
A feature on Green Templeton Artist-in-Residence Weimin He about his new book, Tower of the Winds: Works on Paper by Weimin He, which documents the transformation of the Radcliffe Observatory Quarter.

Women business leaders need to be respected more than liked
Financial Times, 27 February 2019
Green Templeton DPhil alumna Dr Andromachi Athanasopoulou has written a letter to the Financial Times about female leadership. She recently spoke on this topic at the 2019 Green Templeton Lectures on Leadership.

GPs make money by prescribing costlier medicines
The Times, 20 February 2019
Research Fellow Dr Ben Goldacre speaks to The Times about his research on GPs who dispense their own medication.

Should the government determine what counts as quality journalism?
The Economist, 16 February 2019
Senior Research Fellow Professor Rasmus Kleis Nielsen comments to The Economist about the Cairncross Review recommendations.

Can you optimise your baby’s brain before it’s even  been born?
The Telegraph, 11 February 2019
Governing Body Fellow Professor Stephen Kennedy speaks to The Telegraph about his new research with INTERGROWTH-21st Project.

Video doctor appointments are the future, but there is a reluctance to change
Independent, 5 February 2019
Senior Research Fellow Trish Greenhalgh’s co-written article for The Conversation on the future of video consultation hospital appointments is republished by the Independent.

‘They can sell anything’: how the Kardashians changed fashion
The Guardian, 28 January 2019
Governing Body Fellow Dr Jonathan Reynolds speaks to The Guardian on the rise of ultra low-cost online fashion retailers.

All babies are born equal, no matter their race or class
The Telegraph, 23 January 2019
Governing Body Fellow Professor Stephen Kennedy talks to The Telegraph about his new research with the INTERGROWTH-21st Project.

Some are born great? No, with the right start in life we all have the same chance to succeed
The Telegraph, 23 January 2019

Thinkers who will shape the future of business revealed by Thinkers50
Thinkers50, 21 January 2019
Governing Body Fellow, Dr Michael Smets, is named on the Thinkers50 Radar list for 2019 as an ‘up and coming voice of leadership’.

Can science explain everything?
17 January 2019
Emeritus Fellow Professor John Lennox gives a video interview on the relationship between science and God.

Skype hospital appointments are coming – but don’t hold your breath
The Conversation, 17 January 2019
Senior Research Fellow Trish Greenhalgh speaks to The Conversation about the benefits – and challenges – of remote video consultations.

Seeing a doctor by Skype dismissed as highly unlikely
The Times, 10 January 2019

Brexit has created a ‘lost generation’ of public services
The Guardian, 16 January 2019
Research Fellow Dr Mara Airoldi is interviewed by The Guardian about the impact of Brexit negotiations on the UK’s public services.

Skype appointment ‘is not a panacea’
The Times, 9 January 2019
Senior Research Fellow Trish Greenhalgh and Research Fellow Dr Sara Shaw write a letter to The Times about research into Skype consultations in the NHS.

Watch last night's episode to see @greentempleton Associate Fellow Charles Barclay give star spotting tips to the @BBCStargazing team, and get some tips yourself!
https://t.co/Mx17PxVU7Y

On Thursday 6 Feb at 6 PM learn about globalisation and the grabbed commons the shifting boundaries of water wars with @Jampel_D_A, as part of the @greentempleton Lecture Series on future of the commons. 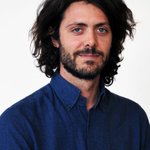