The theme for the Green Templeton College Human Welfare Conference 2021 is Living Longer: Healthy Ageing and the Opportunities of Longevity.

11:00 – Demographic changes in an ageing world

Maki Sekiya, our musician in residence is going to play a set of piano pieces and then Muir Gray will speak about ageing, music and wellbeing, not only reviewing the evidence but also raising options for the College to consider, because the topic of ‘music’ was highlighted when the Principal gave feedback on a recent consultation.

14:45 – Panel discussion: What are the challenges of ageing worldwide?

An opportunity for post-conference networking

How to join the conference

The Human Welfare Conference 2021 will be hosted on Airmeet, a web-based conference platform.

You can access the Human Welfare Conference via this Airmeet link, which will bring you to the meeting room. Although Airmeet is compatible with most web browsers, it works optimally using Google Chrome so, where possible, we suggest using Google Chrome to access the conference and disabling any Virtual Private Network you have as this can limit access. A detailed guide to using Airmeet can be found here.

A booklet containing information about the Human Welfare Conference speakers and events is now available.

If you require assistance with registering or accessing the conference, or are unable to access the booklet, please email jordan.gorenberg@gtc.ox.ac.uk and constanze.cavalier@gtc.ox.ac.uk.

Lynne Cox is a biogerontologist and PI of the lab of Ageing and Cell Senescence at the Department of Biochemistry, University of Oxford. She holds an MA and PhD from the University of Cambridge. Her lab studies the molecular biology of basic ageing processes, with a focus on cell senescence, seeking to identify both drivers of ageing and interventions to improve health. She serves on the strategic advisory board of the All-Party Parliamentary Group for Longevity, and is co-chair of the Special Interest Group in Ageing Biology of the European Geriatric Medicine Society.

Sarah Harper is Clore Professor of Gerontology at the University of Oxford and the Director of the Oxford Institute of Population Ageing. She has a background in Anthropology and Population Studies holding an MA from Cambridge University and a DPhil from the University of Oxford. Her research focuses on societal change arising from population ageing, with a specific interest in healthy life expectancy, and family and intergenerational relationships. Sarah was appointed a CBE for services to Demography in 2018. Sarah served on the UK Prime Minister’s Council for Science and Technology, which advises the Prime Minister on the scientific evidence for strategic policies, and chaired the Government Review into the Future of the UK’s Ageing Population. She is Editor of the Journal of Population Ageing, Springer Nature.

Iza Kavedžija is a Senior Lecturer in Anthropology at the University of Exeter. She specializes in anthropology of Japan, particularly meaning in later life, wellbeing and creativity. Her book publications include Values of Happiness: Toward an Anthropology of Purpose in Life, co edited with Harry Walker (University of Chicago Press, 2016) and a monograph Meaning in Life: Tales from Aging Japan (University of Pennsylvania Press, 2019), which examines the experience of aging among older people in Osaka.

Mary Daly is Professor of Sociology and Social Policy, at the Department of Social Policy and Intervention at the University of Oxford and a Governing Body Fellow of Green Templeton College Oxford. Most of her work is comparative, in a European and international context. Substantively, she is interested in and has published widely on the following social policy areas: ​

Mary Daly’s research has been supported by, among others, the Economic and Social Research Council, the EU, ILO, Council of Europe, UNWomen and UNICEF. She is the founder of the Care Initiative at Green Templeton College, Oxford.

Muir Gray entered the Public Health Service by joining the City of Oxford Health Department in 1972 after qualifying in medicine in Glasgow, the city of his birth.​ The first phase of his professional career focused on disease prevention, for example on helping people stop smoking.​ Then he developed all the screening programmes in the NHS, for pregnant women, children, adults and older people.​ During this period he was appointed as the Chief Knowledge Officer of the NHS and was awarded both a CBE and later a Knighthood for services for the NHS. He set up charities to promote urban walking and an Oxford based Centre for Sustainable Healthcare.​

​His other mission, of fifty years, is how to help people live longer better is ageing and how to cope with it and he has published a book for people aged seventy called Sod 70!, one for the younger decade called Sod60! and a book on diet – Sod It, Eat Well! Based on his research and experience he has developed a new paradigm to help people live longer better, to compress morbidity at the end of life and to reduce the incidence of dementia and frailty and therefore reduce the need for social care. This is based in the new Optimal Ageing Programme at Oxford.

Hiroko Costantini is Research Fellow at The Laboratory for Interdisciplinary Evaluation of Public Policy (LIEPP) at SciencesPo (Paris) and at the Institute of Population Ageing, University of Oxford. Following her PhD in gender and sexuality studies centralizing on male informal carers in Japan at University of Cambridge, her recent research addresses issues of population aging in Japan based on ethnographic fieldwork. In particular, her research focuses on aging in place and how working informal carers reconcile their work with care for their older parents.​

Tamás is a postdoctoral researcher at the Institute of Biomedical Engineering, University of Oxford. His work aims to create mathematical and computational models of blood flow, oxygen transport, and metabolism in the brain of healthy individuals and stroke patients. This research is part of the INSIST project which set out to advance stroke treatments based on computer simulations. Before joining Professor Stephen Payne’s research group in 2018, Tamás was a PhD student at the Institute for Energy Systems at the University of Edinburgh (2014-2018). Previously, he studied mechanical engineering at the Budapest University of Technology and Economics (BUTE) between 2008 and 2013. During his master’s course at BUTE, he participated in blood flow research at the Department of Hydrodynamic Systems and conducted fluid-structure interaction simulations of patient specific abdominal aortic aneurysms. Thanks to an ERASMUS scholarship, he completed the computational fluid dynamics course at Cranfield University (2013-2014). ​

Ramón Luengo-Fernandez joined the Health Economics Research Centre in January 2004 having completed his MSc in Health Economics at the University of York in 2003. In October 2005, Ramón took up a Researcher Development award from the UK Department of Health. As part of this award, in June 2009, Ramón successfully completed a DPhil at the University of Oxford on the healthcare costs and health outcomes associated with stroke. Shortly after, Ramón was awarded an ESRC/MRC/NIHR Early career fellowship in economics of health to publish and further develop the work undertaken as part of his DPhil thesis. During his time in HERC Ramon has also been involved in a number of other projects evaluating the economic burden of cardiovascular diseases, stroke, and dementia/Alzheimer’s disease in the UK and in the European Union.

After qualifying, Catherine immediately became interested in the treatment of neurological patients because it demanded a deeper knowledge of normal movement and the CNS. Catherine also completed an MSc in the Science of Exercise and Nutrition during her time living in Asia and worked in preventative health. In 2003 she attended her first yoga class: fortunately Catherine experienced a physically challenging class under the instruction of a good teacher. She knew from that first class she would practice for as long as she was able. Catherine had never experienced such a total body workout: strength, flexibility, balance, concentration ( mindfulness) and finally relaxation. BUT the part that fascinated her the most was her journey home in the car, she felt calm, benevolent and deeply happy. Catherine had never had this happen after her running, walking, aerobics, tennis, skiing etc. She needed to understand why this had happened so for the past 16 years Catherine has researched the science of yoga, practiced and taught yoga, and continues to learn.

Maki has been musician-in-residence at Green Templeton College since 2018. She is a sought after soloist of international calibre, and frequently performs solo recitals and makes concerto appearances. Maki is also interested in holistic (therapeutic) role of music. As a music educator, she has formed a local music community ‘Oxford Music Hub” to connect like minded musicians across different generations. She is a graduate of Moscow Conservatoire, and lives in Oxford with her musical family.

The United Nations recently declared 2021-2030 as the Decade of Healthy Ageing, a campaign that is intended to unite governments, international agencies, and other stakeholders to better the lives of the growing older adult population. This has proliferated a discourse on the promotion of healthy ageing.

The 13th annual Human Welfare Conference aims to explore the meaning and implications of healthy ageing in society through an interdisciplinary perspective. Our vision is to bring different disciplines in dialogue to critically examine ageing, disrupting the current academic and political discourse on ageing that tends to homogenize the older adult population. Through our conference, we hope to expose our audience to different perspectives on ageing, showcasing not only the diversity of an aged population but the various approaches that challenge the narratives around ageing.

‘Healthy Together’ by Weimin He, artist-in-residence

To celebrate this year’s Human Welfare Conference, the organizing committee commissioned Green Templeton’s artist-in-residence Weimin He to create an artwork that reflected the theme of the conference.

This piece, created in May 2021, is entitled ‘Healthy Together’.

‘Healthy Together’, 2021, Weimin He, artist-in-residence

Green Templeton appointed Weimin He as the College’s first-ever Artist-in-Residence in August 2018, following a connection to the College stretching back almost a decade.

Join us for an illustrated talk highlighting the pivotal & often unsung role played by women in #astronomy & #astrophysics, given by Associate Fellow Charles Barclay, with an introduction by Dr Rebecca Surender. 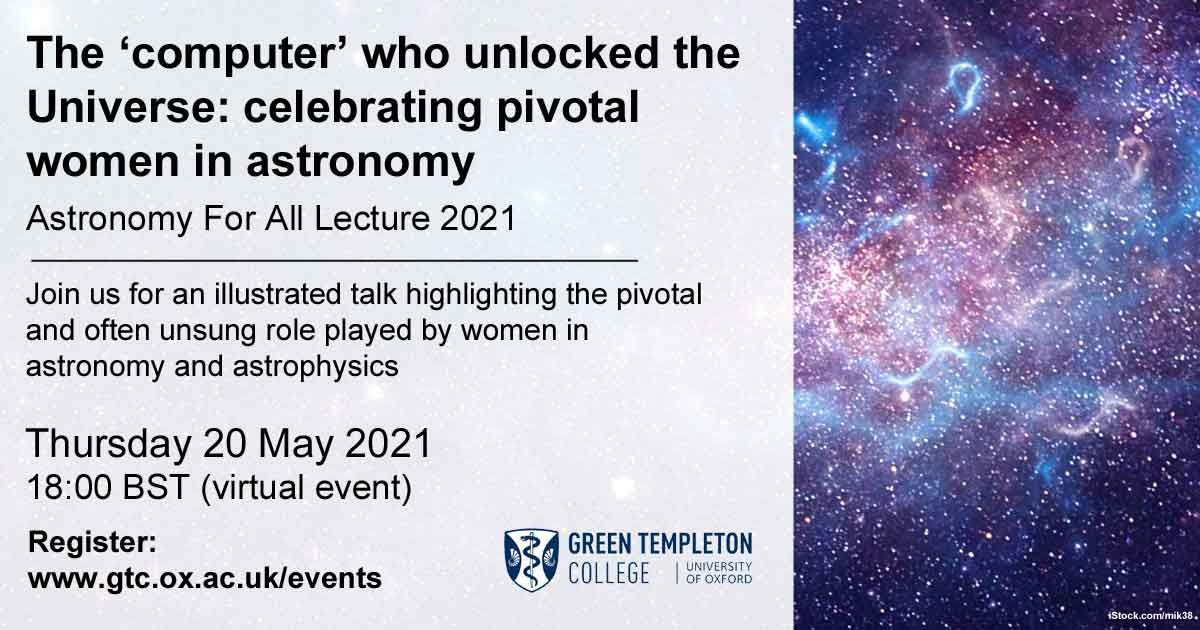 Join us at 12:30 for a lunchtime concert and conversation!
As part of the @HumanWelfareGTC, our musician-in-residence @MakiSekiya will perform before joining Emeritus Fellow Sir @MuirGray to discuss ageing, music and wellbeing.
All welcome!
Join here: https://t.co/bKmgkOo5zW https://t.co/Vicz44MHUW 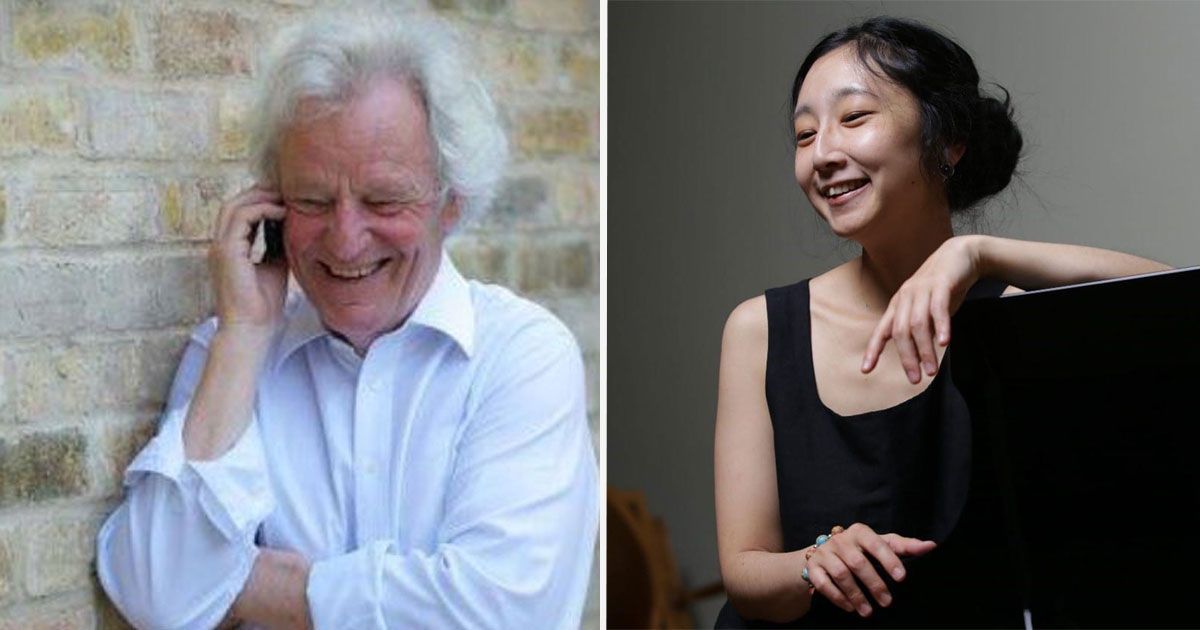 We're looking forward to today's @HumanWelfareGTC! The committee commissioned our artist-in-residence @heweimin to create an artwork reflecting this year's theme of ageing. This piece is called 'Healthy Together'. 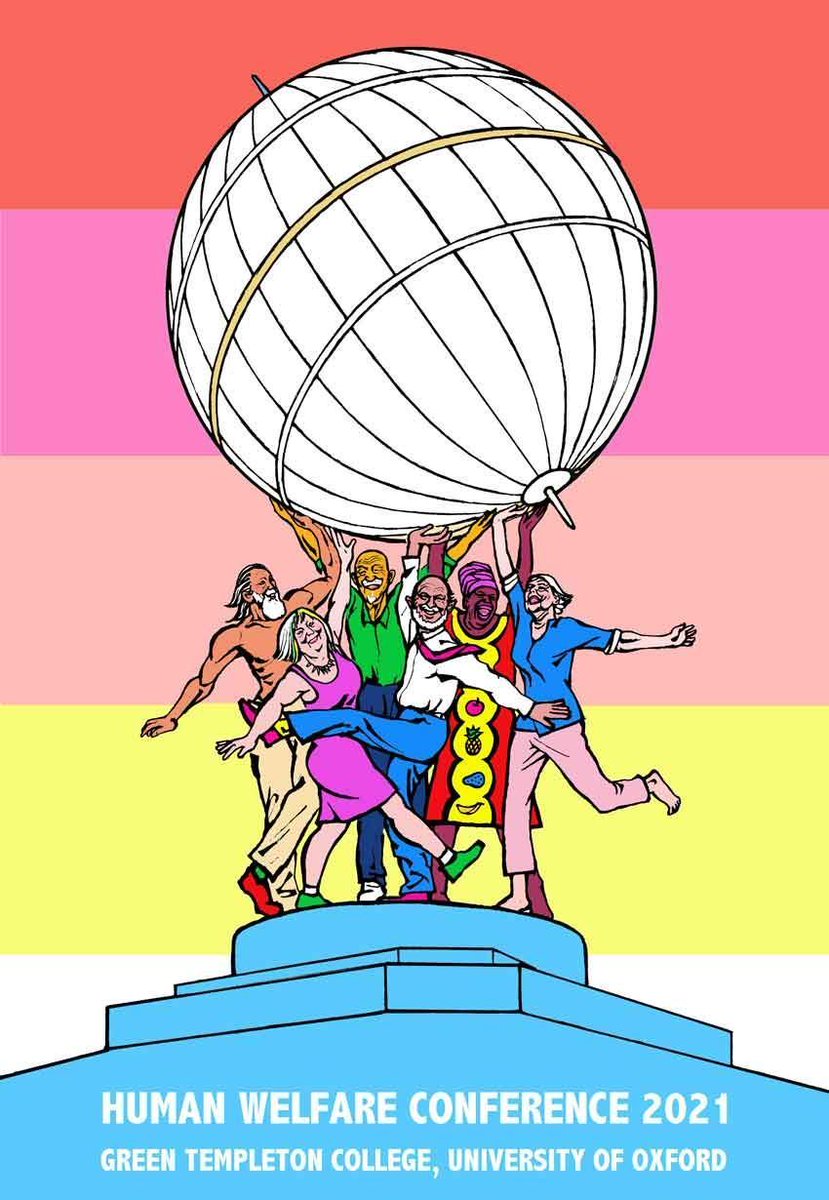