Professor Jean M. Bartunek gave this year’s Richard Normann Lecture, delivering a fascinating talk that explored how translations of academic articles are consumed and whether that adds value to both the translation process and academic research.

The talk, entitled ‘Re-imagining academic-practitioner translation as a value-creating system’, was given via Zoom on Thursday 5 November. The Richard Normann Lecture is held annually at Green Templeton College in memory of the late Richard Normann, one of the most profound and sophisticated management thinkers of our time.

The lecture is co-sponsored by NormannPartners, the advisory and consultancy company founded by Richard Normann and others including Green Templeton Governing Body Fellow Professor Rafael Ramírez and Ulf Mannervik.

Professor Bartunek is the Robert A. and Evelyn J. Ferris Chair and Professor of Management and Organization at Boston College

Before beginning her presentation, Professor Bartunek, the Robert A. and Evelyn J. Ferris Chair and Professor of Management and Organization at Boston College, said: “I wish I could actually be with all of you. I do look forward to coming sometime and having the chance to meet several of you in person.

“I have read about Green Templeton College and the fact it’s a meeting point of practitioners, professional and academic worlds, and I’m particularly grateful to be with several people from this college and others.”

Professor Bartunek said she wished she had the chance to know Richard Normann, who died in 2003, adding: “I have been really struck with how creative he was and how much his creativity endures today in NormannPartners.”

She was introduced by Professor Ramírez, who worked with Richard Normann for 18 years, and also gave an overview of the history of the Richard Normann Lectures, and Normann’s legacy.

Her talk covered how management scholarship is translated or practiced, some of Normann’s ideas pertinent to such translation, her current research with Isabelle Ren regarding translation of academic research in practice, and re-imagining of relationships within the translation process based on Normann’s work.

The full lecture, panel discussion and Q&A can be revisited in the video:

It's beginning to look a lot like Christmas @greentempleton 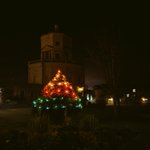 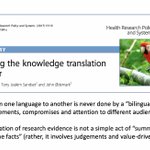 New studies are continuing this important work on a global scale 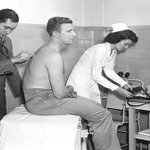