The #DIFFERENTEQUAL campaign was launched by Green Templeton College on 1 December 2020 to signal the college’s commitment to inclusivity and to promote awareness about racism.

Each week, a new picture is posted to Green Templeton’s main social media channels featuring a tangible example of behaviour (in particular micro-aggressions) that inhibits inclusion. The images will also promote examples of ally behaviour that can counter this.

The campaign’s imagery – two hands clasped together in a fist – is designed to symbolise a firm, uplifting stance and joint action against racism by all, no matter the shade of skin colour.

Alongside the social media imagery, there will be permanent physical signage installed on the main college site on Woodstock Road that will share information on resources available for reporting, supporting and increasing knowledge.

Each of these campaign images has been posted across the college’s main social media accounts on Facebook, Instagram, LinkedIn and Twitter. We will continue to update this page as each new campaign image is shared.

This image featuring student Ache Atta-Boateng (DPhil Geography and the Environment) was shared to our social media channels on 1 December 2020 to launch the #DIFFERENTEQUAL campaign.

We encourage members of the Green Templeton community and beyond to like, share and engage with our social media campaign.

The #DIFFERENTEQUAL campaign was one of ten actions proposed by the Taskforce, through its Equality Action Agenda for Black Lives, which will guide the college’s steps for systemic change to combat anti-Black racism and achieve more equal representation, progression and success for members of our community while at Oxford.

The Action Agenda has been tasked with identifying priority actions that are immediate and address change in individual behaviour and including actions to facilitate change in the institutional structures and culture of college.

While the Action Agenda’s focus is to address anti-Black racism, it is also intended to serve as a platform to build on, to advance race equality and to promote equality and diversity more broadly.

One Action Agenda suggestion that has already been implemented is the creation of the position of Black Students’ Representative on the Graduate Common Room (GCR) Committee, to advocate for issues raised by Black students and coordinate programming that promotes student wellbeing and inclusion.  Josephine Agyeman-Duah (Jossey) has been elected to this position for the 2020-21 academic year.

For more information on the #DIFFERENTEQUAL digital campaign or to share any comments or thoughts, please contact communications@gtc.ox.ac.uk.

Join us on Wednesday 27 January at 18:00 GMT for the first Green Templeton Lecture with Professor Rafael Ramírez @OxfordSBS and Professor Trudie Lang @GlobalHealth. 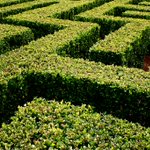 Join us on Wednesday for a seminar with BBC journalist @sophiasgaler. She'll speak about how to build relationships and trust, and find news on @tiktok_us 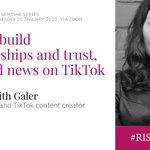